Bringing a hackathon project to market

The Apple Watch App started as a GoPro Hackathon project. Our team of 2 developers and 2 designers had 72 hours to get our idea designed and developed to a working prototype fidelity. Months later the prototype was revived and refined as we worked with Apple to rework the app to show off the Watchkit 2 feature set before their keynote on September 9th.

Through the Hackathon I collaborated with the team to iron out the UX and visuals. During the push for Apple's Keynote I was the lead designer on the project and worked with Apple’s UX and engineering teams to get the app ready for the stage.

During the hackathon stage, the team came together to white board the feature set that we could commit to in the time that we had. We also brain stormed a bit on the UI and layout so the two engineers could start putting some pieces into place while the other designer and I worked on the IA and visuals. 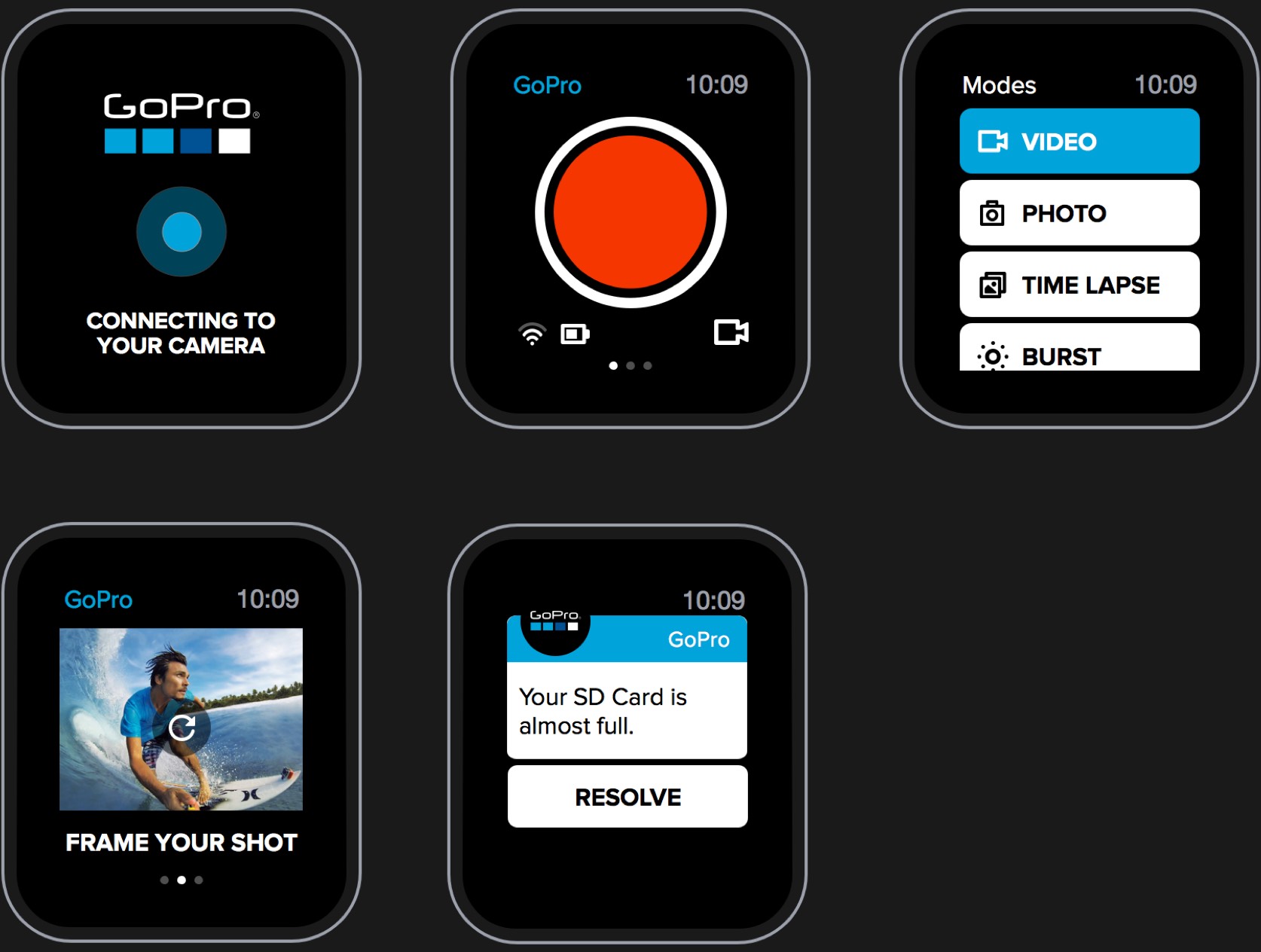 We followed most of the recommendations set by Apple’s HIG specification. The goal was to make the UI very easy to use at a glance while making it feel very “GoPro”. The main goal for the app was to be able to start and stop recording, give the user the access to simple camera modes, and to give them a glance at what their GoPro was seeing.

The team and I were excited when the app won runner up in the hackathon. Management expressed interest in the app, but it was a bit too ambitious for our road map at the time. So, the app sat on the shelf for awhile while we continued to execute on our existing products. Fast forward a couple of months – Our team is approached by Apple about creating an app to show off some of the new features in their upcoming Watchkit 2.0 release.

I was a part of a small team working on this next version off the app. 2 engineers and I worked on-site at Apple headquarters for a week collaborating with their design and engineering teams on how to take our existing design to make it jive with their unreleased Watchkit feature set. After many reviews with Apple’s marketing teams, it was decided that they would show our app at their upcoming Watchkit announcement keynote speech. 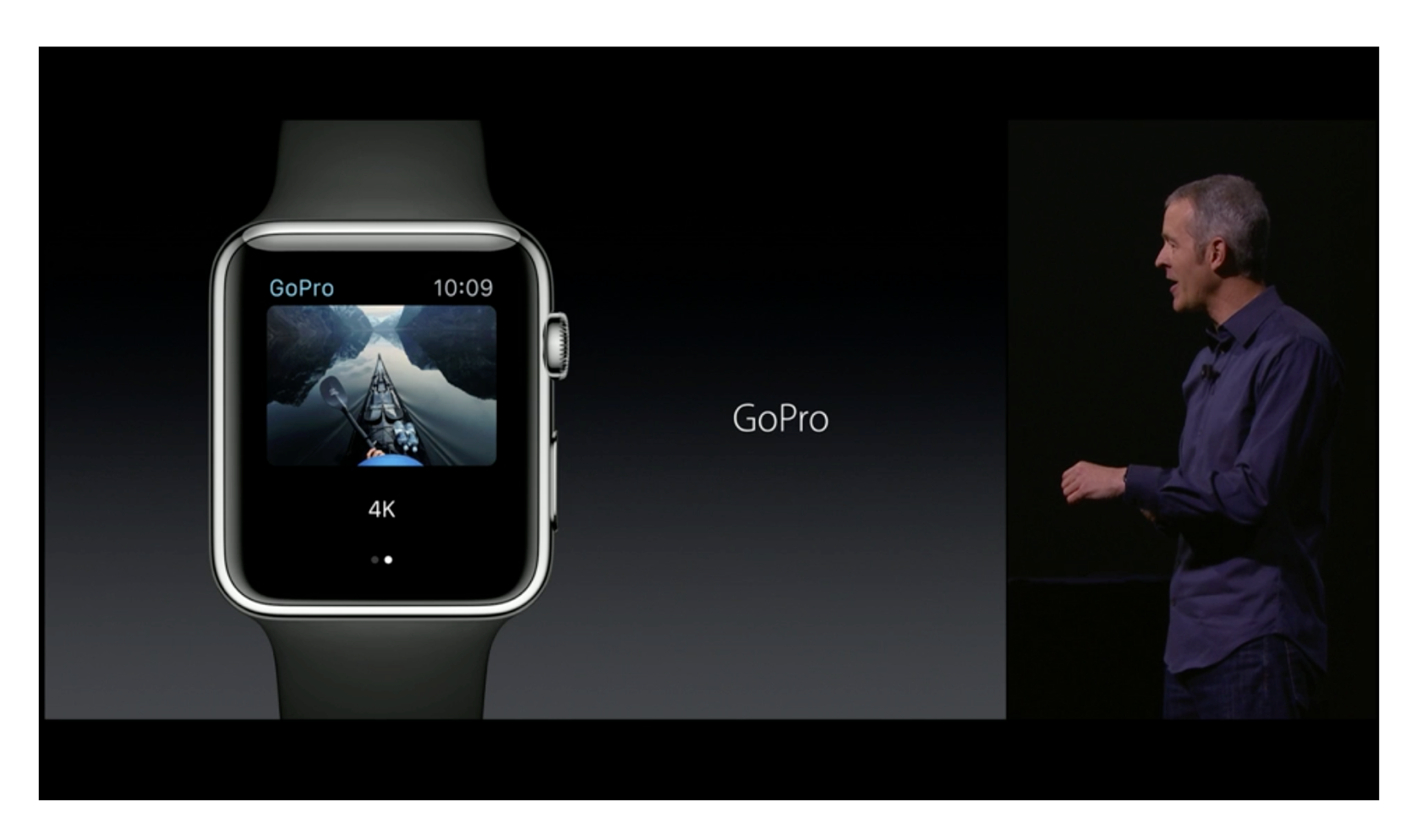 Keynote day – September 9th 2015! There was a lot of excitement and buzz about the app. We had a couple more months to iron out all the bugs and to run QA on the app before we released.

We shipped version 1 of the app a couple months later. Taking advantage of the new Watchkit features, we were able to simplify the UI and interactions. 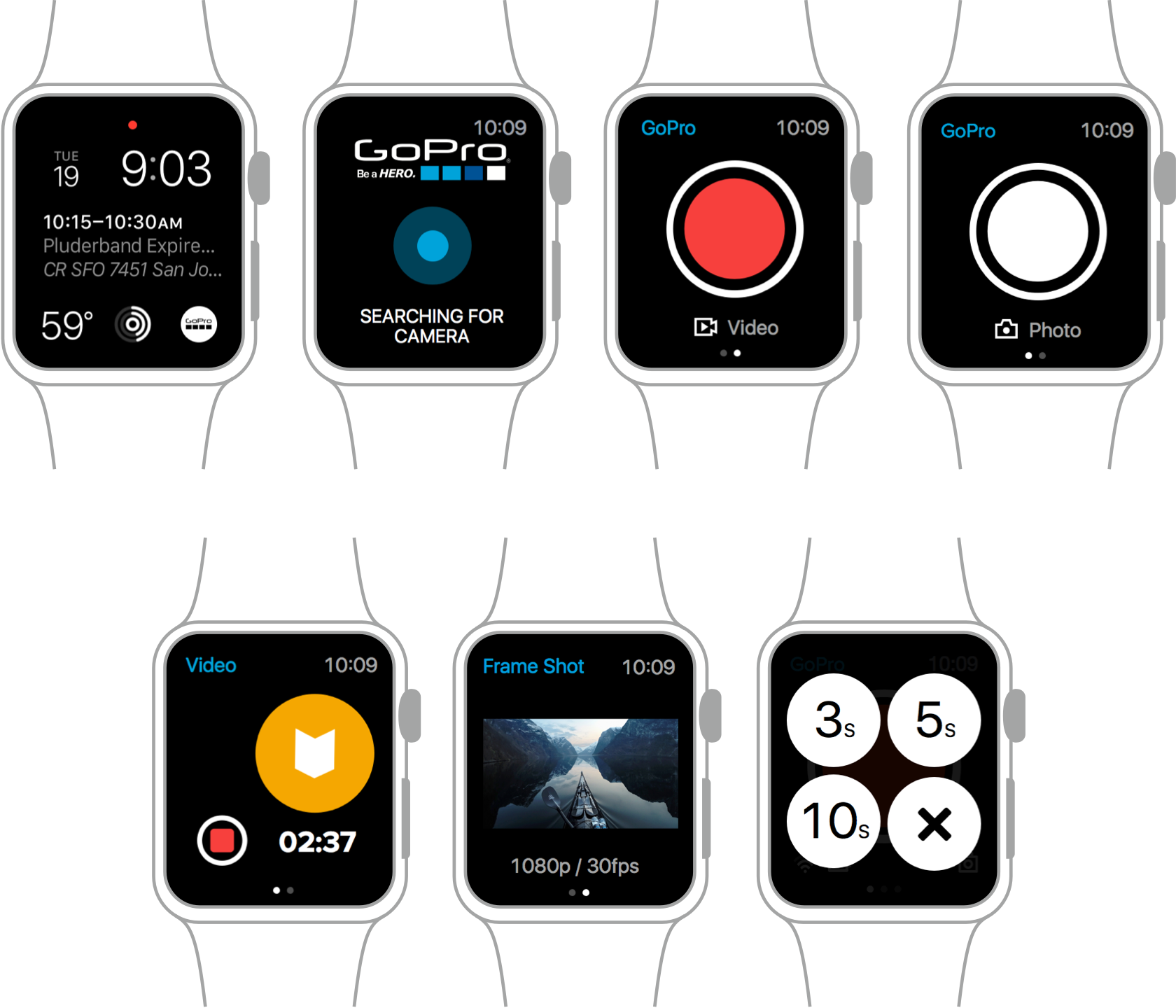